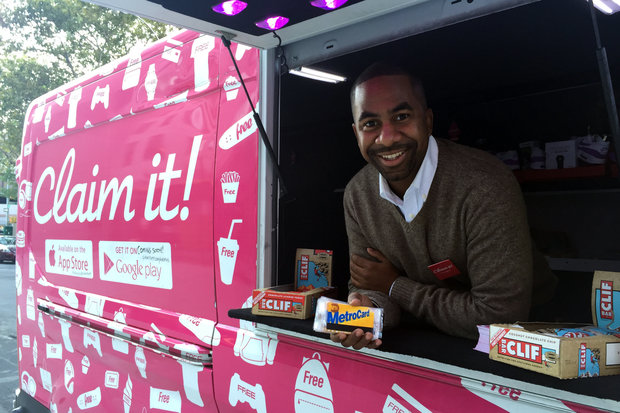 Ali Abdullah is going to give away 150 MetroCards on 125th Street Friday afternoon.  As founder and CEO of the app Claim it!, it’s Abdullah’s job to give away free things. Earlier this week he parked his pink van and handed out Nike sneakers, Coach wristlets, and H&M gift cards. 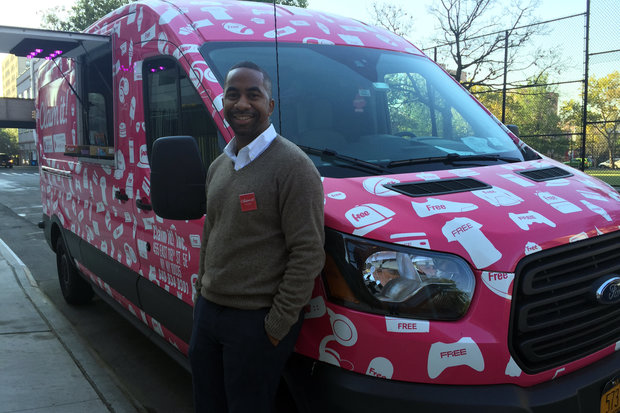 Before creating the app Abdullah, a former product manager at Google, lost his job and home. He was able to score free sneakers through a friend and how he felt when he got the package gave him the motivation to get back on his feet, he said. The app, which is only available for the iPhone, is less than a year old. The way it works is companies partner up with Claim it! By donating giveaways. Users choose a prize for a chance to win it but they have to watch a 15-second commercial before claiming their reward. Then they find Abdullah’s truck and pick up whatever they won. Friday’s MetroCard giveaway is in front of the House of Hoops on 125th street from 2 to 7 p.m. It is also the first time the Harlem-based startup will park the van in their neighborhood. They also plan to expand service to parts of the Bronx and Queens, especially after they get their app on the Android store. They hope to do that by the end of the year.