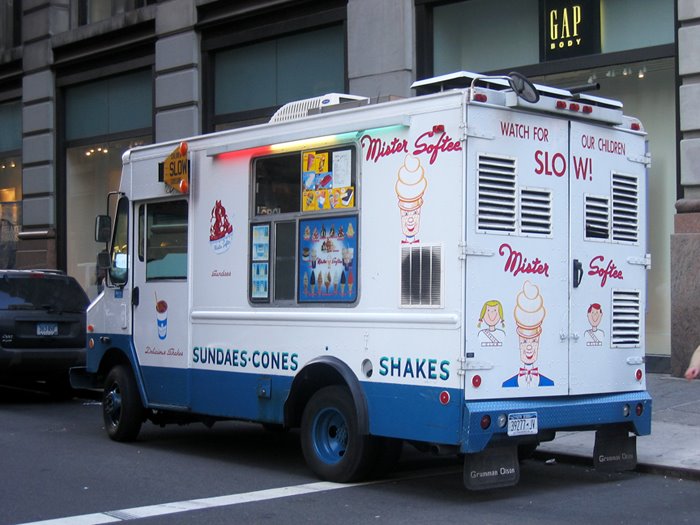 We all are familiar with the “Ice Cream Truck Tune” and there’s no doubt about it—the familiar jingle played by many of the nation’s ice cream trucks is a lot like a de facto summer soundtrack for many Americans. The ice cream truck tune is every kid’s favorite song, and a sign of the summer approaching, sometimes… But a blog post that has been getting a lot of buzz lately uncovered that this sickly sweet tune actually has a racist origin. The song, which played on some very ugly stereotypes about black people, was released in 1916 by Columbia Records. With the weather heating up and that sound on the horizon of neighborhoods across the country,The Takeaway decided to come up with a ice cream truck song. Have a listen: The Ice Cream Truck Song Gets a Makeover.